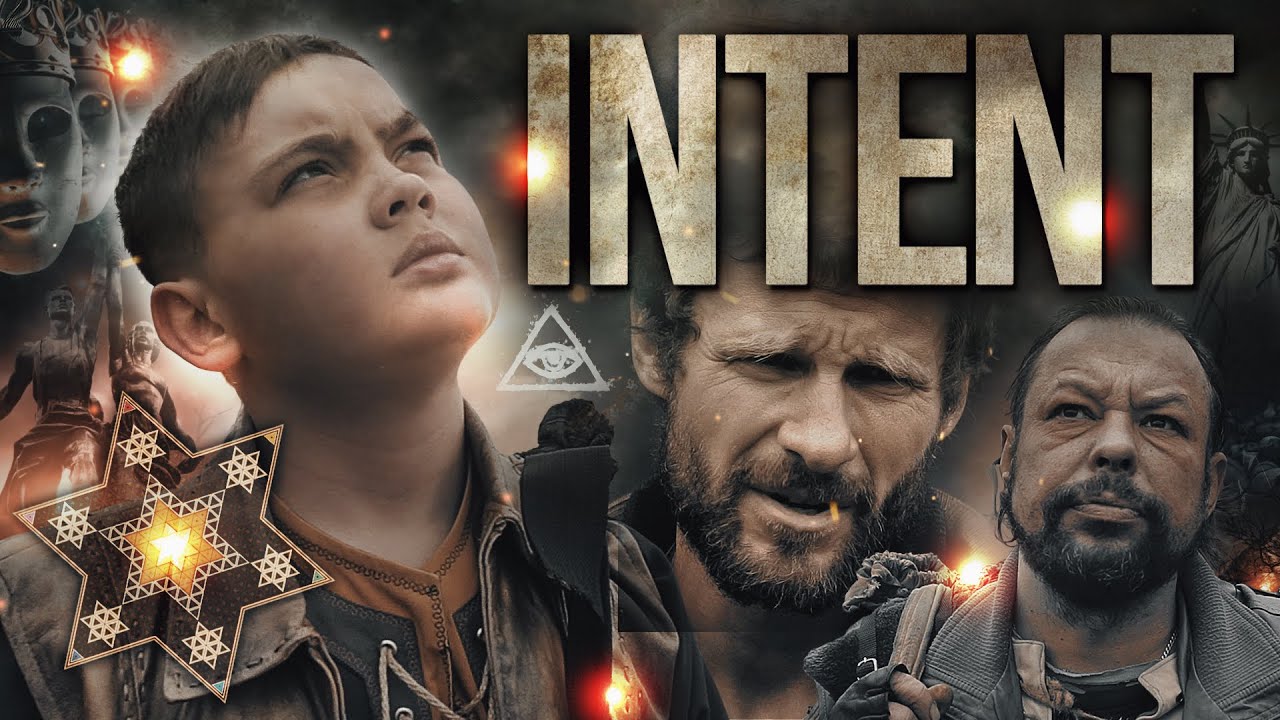 The Russian original of “Intent” with English subtitles: https://youtu.be/Fu6kqH4mvMk
Support Donfilm via PayPal: info@donfilm.su
≡ FILM INFO ≡
Intent: The Higher Tier (First Chapter).
A film by Dmitriy Zodchiy.
Duration: 116 min.
Production: Donfilm (2019).
Genre: tragedy, grotesque, trikster.
Slogan: "In reality everything is not as it is".

The film “Intent” was created during 2016-2019 in the territory of DPR, where military conflict is taking place. "Intent" was produced at the author's personal expense and is distributed free of charge. The "Donfilm" studio has no financial support from the government agencies or private sponsors. Our work is supported by donations of the audience. Please support us by donating any amount directly to the author of the film via PayPal: info@donfilm.su
Thank you!

≡ A VIEWER'S REVIEW ≡
Intent - film revealing the mysteries, more than The Matrix. Different films at various times revealed all kinds of secrets by diverse methods, promulgating the high values and denouncing the lowest vices. Hollywood is undoubtedly the leader in the technique of insider’s Easter Egg message. But this film is the best I’ve ever seen. The film is a Zodiac hint for every seeker and walker into the Age of Aquarius. Some viewers perceive the film’s focus as esoteric, conspiracy, science fiction and even masonic and Illuminati insider knowledge. “Intent” will be relished by those who appreciated these: “The Matrix” by The Wachowskis, “Inception” by Christopher Nolan, “The Fountain” by Daren Aronofsky, “Equilibrium” by Kurt Wimmer, “Lucy” by Luc Besson, “Blade Runner” by Ridley Scott, “Stalker” by Andrei Tarkovsky, “The Master and Margarita” by Mikhail Bulgakov, “Dark City” and “Cloud Atlas”, animated short film “I, Pet Goat II”.

≡ SYNOPSIS ≡
A boy searching for answers to crucial issues finds himself in a strange place inhabited by Meanings, The Higher Tier, a superstructure above the world masterminding everything below. The guide he meets there is trying to get to some place called The Wellspring to "readjust" or make it right, to bring an end of sufferings for people down below. On their journeys they meet various characters wandering around The Tier in their search for Meanings. The boy becomes an object of confrontation for struggling powers and gains knowledge about the events the world is about to experience. In spite of it not being mentioned explicitly, this film is about Russia. It is about the abyss, which this country, deprived of ideology and void of meanings, is going down into. It is about the forthcoming catastrophe of Russian Federation and the last planetary project to be implemented upon its ruins, taking its turn instead of obsolete Communism and Liberalism.

≡ INSTRUCTIONS FOR USE ≡
“Intent” is not quite an ordinary feature film. We suggest that prior to watching you should familiarize yourself with the following instructions for use, as well as the contraindications.
For the proper impact of “Intent” it is strongly recommended, that you:
1. Watch it alone (joint viewing reduces the effectiveness of the action)
2. Remain in complete darkness (so as not to be distracted by the objects of reality)
3. Listen in headphones (to exclude extraneous sounds)
4. Maintain a calm state of mind (try to stop the swarm of thoughts)
5. Skip and do not think too much if something is unclear. It does not matter.
Forget about the movie after watching. But pay attention to dreams for three nights (unusual images, plots and “artistic” dreams may appear). After the three days, remember some episode from the film and look at the surrounding objects (anything: a tree, a pillar, a passer-by, a car, etc.) simultaneously with recollecting the frames from the film. Curious “twists” are possible.
Attention! For those who are completely satisfied with what is happening in objective reality and not desirous of changes, watching this film is NOT RECOMMENDED!
Viewing is also not advisable for people with “restless” minds.